It is undisputed that modern football/soccer originated in Britain, but there is a lot of evidence to suggest that the history of soccer is much older. In order to know what the origins of the modern football are you need to first understand how older versions of soccer evolved through various cultures over the centuries. Each of these variations differ significantly from the beautiful game we recognize today while also sharing many similarities.

Human beings have no doubt been kicking some form of spherical object for as long as we have been around, but it is difficult to say with certainty when the first formalized ball game was invented. Because we rely on archeological evidence and dating, there has been much discussion around where the game of football first had its origins. What is clear is that various forms of ball games played with the feet developed independently all over the world.

We will explore the claims of several ancient civilizations to being the birthplace of the beautiful game.

Common consensus suggests that the ancient Chinese game of Cuju (“to kick a ball”) is arguably the world’s oldest formal ball game played with feet. So much so that it is even recognized by FIFA as the predecessor to the game of soccer (source). Although the game is believed to have been played in parts of China for thousands of years prior, it was not formalized until around 200 BC under the Han Dynasty. An archeological discovery of a book in China on Cuju (“Twenty-Five Articles on Cuju”) has provided us with much detail on the rules and general game play.

In the region known today as Central America, the ancient Maya played a game known as pok-ta-pok (or pitz). This game was also known as tlachtli by the Aztec who also played it, and it eventually evolved into ulama which is amazingly stil played in some parts of Mexico today. The game was played between two teams who scored against each other by knocking a solid rubber ball through elevated stone rings. Pok-ta-pok was associated with ritual ceremony and in fact the losing captain or sometimes entire team would pay the price of defeat by being sacrificed.

Kemari was influenced by cuju but involves players working together to keep a single ball form touching the ground without using their arms or hands. The game would resemble a modern day game of keepie uppie among friends. The attire worn by ketari players stands out and is called kariginu. Such was the ancient connection between the two sports of cuju and kemari that it is believed to have sparked the first international friendlies between empires of the China and Japan. In these competitions they would showcase their games to each other.

Originating during a period in Ancient Greece’s history synonymous with militarization, episkyros was a game full of offensive and defensive strategy and often quite violent. Two teams of 12 to 14 players would compete and try to score by forcing the ball and the other team behind their respective white lines.

Upon their conquest of Greece, like with other aspects of their culture the Ancient Romans adopted the sport of episkyros and called it harpastum. Very similar to its Greek predecessor, harpastum did also seem to resemble rugby more than soccer.

As we entered into the modern era, “foot” ball games continued to develop independently around the world. Kemari was still hugely popular in Japan until the 16th century; marn grook (arguably a predecessor to Australian Rules Football) was discovered to have been played by indegenous Australians in the early 19th century, although it was most likely centuries old by that time; and Sepak Takraw was thriving in southeast Asia by the 16th century.

In 11th century France the game of la soule gained popularity and was played by men and women together; while in northern Italy the game of calcio (“kick”) was popularized in the 16th century, so much so that it was even played by some Popes and had its first rules published in 1580.

Having explored the development of ball games around the world it is time to hone in on the evolution of what we now call football (or soccer) in the British Isles. While nobody questions that games played by kicking a ball originated in prior civilizations, England is the undisputed birthplace of the modern game of football.

We do not have historical records of ancient ball games in Britain, but the earliest stories suggest football as it is now called started as a war game and was far from recreational. In fact there is a tale of an 8th century Danish prince being beheaded in battle and having his head kicked about like a ball. Whether this is a true story or not is still up for debate, but football was definitely not a refined sport until much later.

By the 11th century English folk soccer or “mob football” had developed. This was essentially street soccer…literally! Similar to la soule in France, it was played between two sides of any number with very few rules and involved attempting to drag an inflated pigs bladder by any means necessary to the opposing sides marker. The games were often extremely noisy and violent and there were failed attempts to have it banned by English kings: Edward II, Henry V, Edward IV, Henry VII, and Henry VIII.

Where kings had failed, the Puritans had limited success in banning football in 1650 after the English Civil War, but this only led to its increasing popularity after the restoration of the English monarchy in 1660.

By the early 19th century mob football was dying as it was increasingly perceived as an archaic folk ritual. Street soccer was banned in 1835 and this led to the game of football being embraced by private schools in England and transformed into the game we are familiar with today. Football was seen by the nation’s elite as a means by which they could nurture physically strong and mentally disciplined young men in England’s private schools who would go on to run the growing British Empire.

With the growing popularity of football it was necessary for a set of rules to be developed and applied in order to separate it from it’s former disorganized incarnation. In 1863 members of 12 London football clubs met to agree on a set of accepted rules. The following were decided:

Some clubs did not agree and left to create the sport of rugby football (union) instead. The clubs that agreed wrote the remaining rules for what we know as association football and created its governing body: the Football Association.

It is from the word AsSOCiation Football that we derive the word “soccer”. Ironically, today the term “soccer” is perceived as the Americanized way of referring to football to differentiate it from American football which is commonly called “football” in North America. But in fact “soccer” was the widely accepted way of referring to football in England until somewhere in the mid-20th century.

Both rugby and soccer are derived versions of the football which evolved in 19th century England, and rugby became colloquially known as “rugger”, and association football as “soccer”. Most die-hard rugby players will actually insist on referring to their sport as football to this day.

The Beautiful Game of Football and Beyond

With the establishment of football/soccer as the most popular sport in England, its rapid spread across the world in the 20th century came as little surprise. The British Empire had established high traffic trade routes around the globe, and along with goods and services, England exported its national game beyond its colonies. Eastern United States, Mexico City, Brazil, Argentina, West Africa, Southern Africa, Egypt, Bengal to name a few all grew a bourgeoning adoration for the beautiful game. Aside from the attraction to a sport that had been meticulously developed over the previous century, locals probably also identified with its similarities to ball games already traditionally being played.

Some countries would evolve the game of football even further (see diagram below), but soccer remains the most popular and widely played sport the world has ever seen, and it shows no signs of slowing down. It will forever remain the world’s beautiful game.

Hopefully you have learned much more about the history of football and soccer around the world. Here is a high level approximate timeline of football’s evolution. It is by no means complete and serves as a quick summary of the history covered in this article: 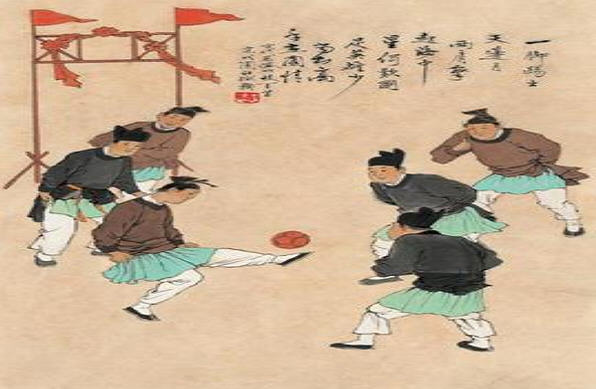 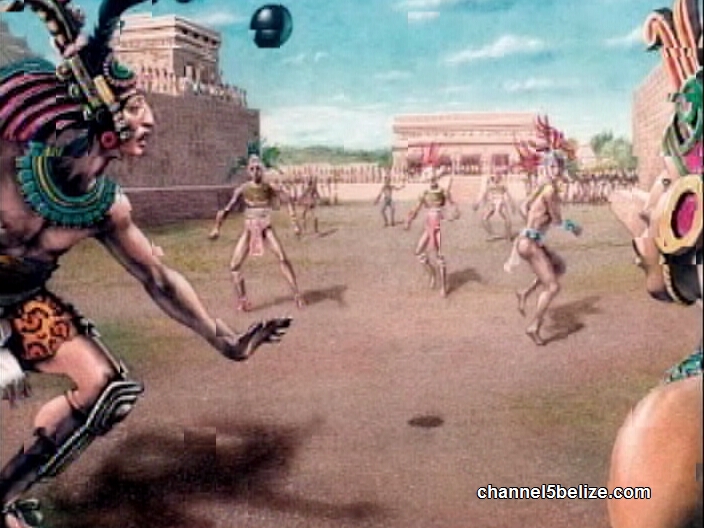 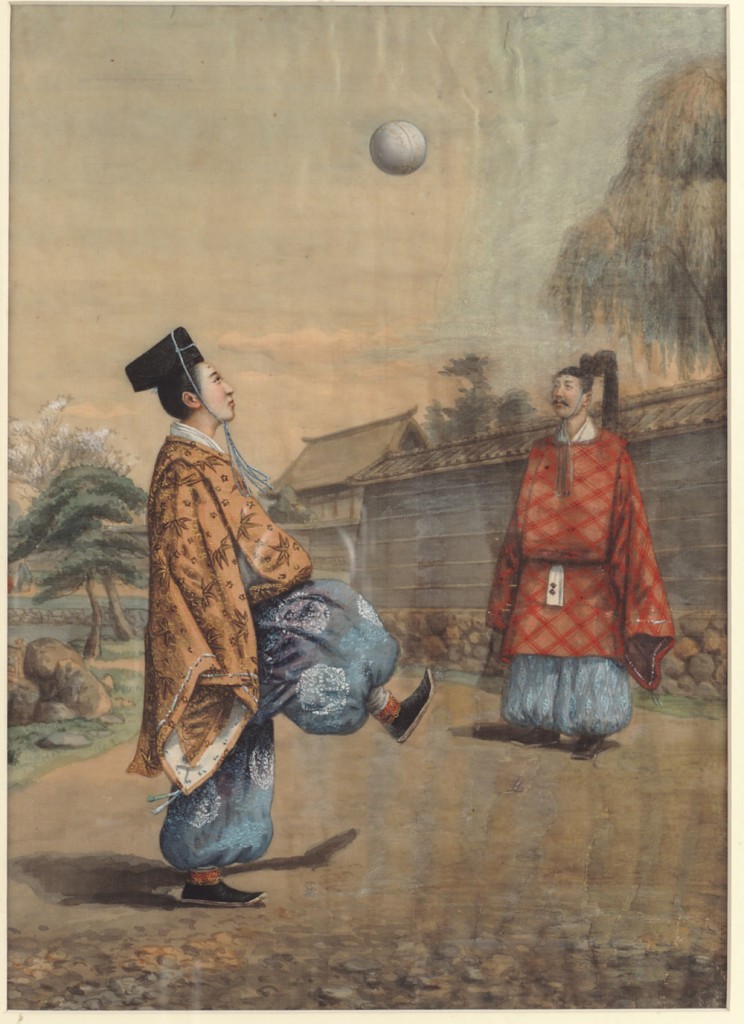 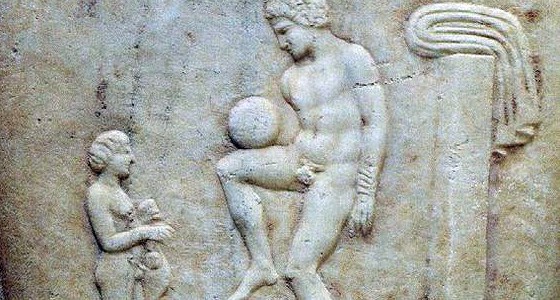 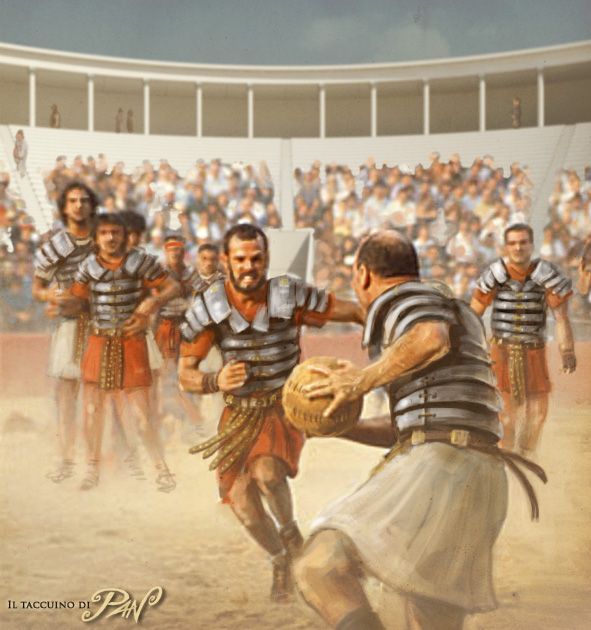 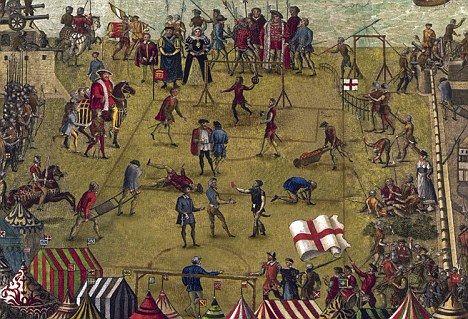 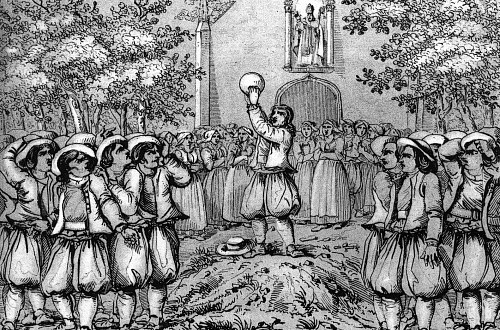 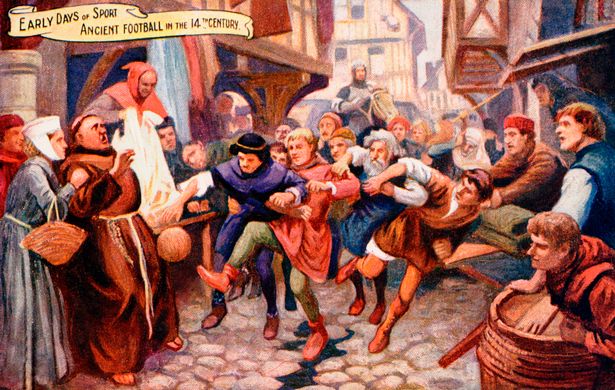 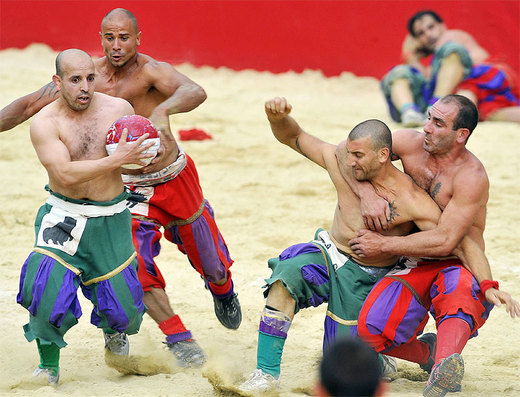 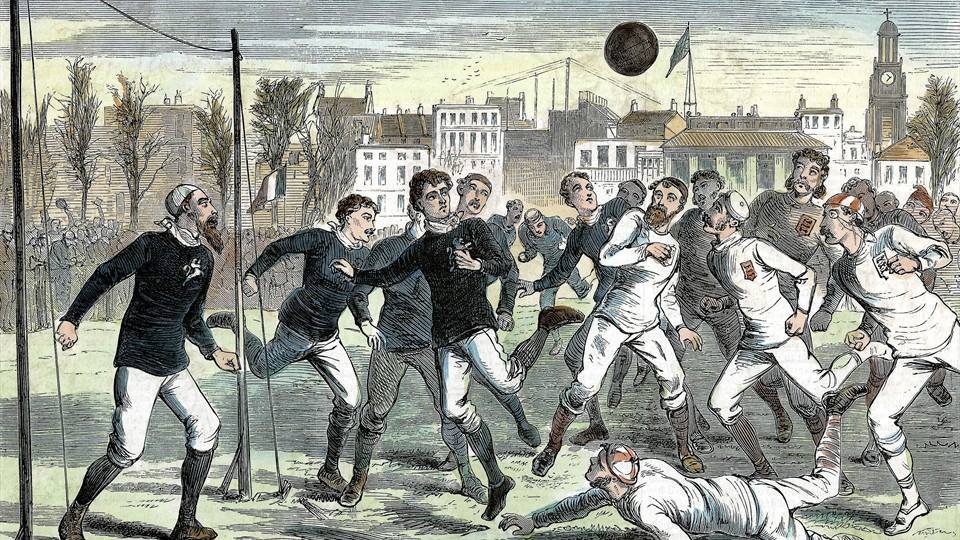 When is Soccer Season? It Depends…

How Many Players on a Soccer Field?

How Long is a Soccer Game? Full Breakdown